Derek Fazackerley takes charge at home for the first time and has more options up front than he had at Charlton last weekend. The 3-2 win at the Valley was a triumph over adversity, with Wes Thomas injured in the warm up and Jon Obika limping off after half an hour.

Thomas's withdrawal was precautionary and United's top scorer has been back in training this week and is expected to replace Obika in the starting eleven, with Obika likely to be in contention at home to Plymouth next Saturday. Agon Mehmeti and Gino van Kessel also come into Faz's thoughts, while youngster Malachi Napa was outstanding last week and could make his first league start.

Cameron Brannagan, Rob Hall and Ivo Pekalski are all making good progress  after long-term injuries but are not ready for a return quite yet. 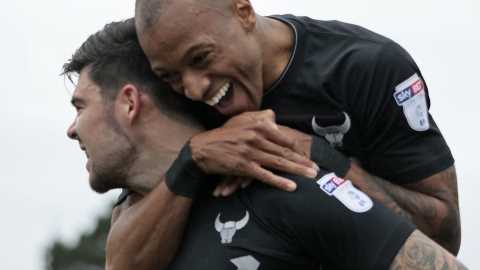 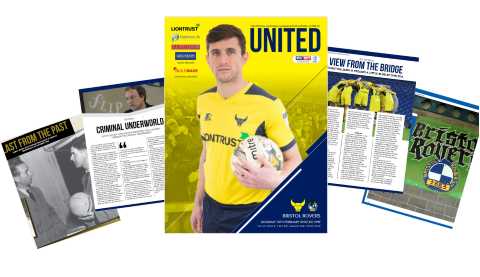 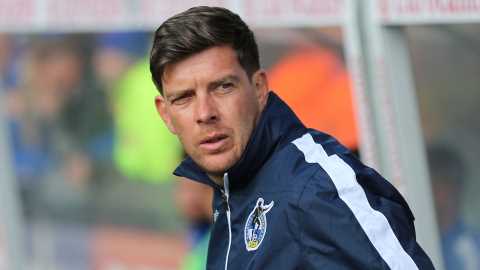 With the away end sold out you need to be on the OUFC Ticket Database to buy tickets in the home areas. If you have bought tickets to support the U's, home or away, since 2001, including the two recent trips to Wembley then you should be on the database, but if you are in doubt then please buy in advance to avoid any problems on the day.

The award winning matchday programme features the thoughts of Niall McWilliams, Derek Fazackerley and Curtis Nelson plus a great interview with Todd Kane. We also go On the Road to Stamford Bridge and we have news and views from all areas of the club. Remember, you can always read the programme on your phone, tablet or laptop. Each issue is available at matchdayfix.com/oufc/

The club shop has a kit sale now on with home and goalkeeping tops reduced and great bargains in all sizes but be quick: once they are gone they are gone. Call in before or after the game or visit oufcshop.co.uk

Oxford United threw away the perfect start this afternoon as Bristol Rovers came from behind to win 2-1 at Grenoble Road. Joe Rothwell's goal in just the second minute gave United a dream start but second-half goals from Kyle Bennett and Ellis Harrison sealed all three points for the Pirates

After two dramatic goals in the last five minutes at the Valley in their previous game United's Dreamworld continued with a goal after just 110 seconds this time. Rovers played a part when keeper Adam Smith was a touch too economic with his clearance, slipping and presenting the ball to Isaac Buckley-Ricketts. His through ball was cleverly left by Wes Thomas, knowing he was offside, and Rothwell raced clear before slamming the ball into the roof of the net to make it 1-0.

Mobile, flexible and totally committed, United were unrecognisable in the first half hour from the side beaten by bottom club Bury in their last home game but to use the obvious pun, they started to run out of gas. Rovers are always fiercely competitive and it took a block from Josh Ruffels and a tip over by Simon Eastwood to keep two efforts in quick succession from Chris Lines out after 15 minutes.

Some of the football at the other end was very easy on the eye: one sublime touch from the excellent Alex Mowatt gave Rothwell a chance to bend an effort just wide on 17 and the ability of so many players to switch roles was causing no end of problems for the Rovers back line. Buckley-Ricketts has improved with each game so far and was a constant threat down the right while Thomas, fit again after a hamstring problem, led the line expertly to create space for those around him.

Rovers had more shots in the first half though and had recovered from the early setback to start pressing United back. That was underlined when Liam Sercombe mistimed a header five minutes into the second half when he usually would have at least hit the target, and the longer it went the more fragile the one goal advantage started to look against a Rovers side known for coming on strong in games. Harrison planted another header wide after 62 minutes and then on 68 they were level when a free kick wasn't fully cleared, was returned into the box and Bennett worked it into space before drilling it through the helpless Eastwood at the near post.

It would have been 1-2 a minute later as well when Bennett bent a terrific effort towards the right-hand corner but Eastwood was down brilliantly to get a glove on it and push it past the post.

Thomas had run himself into the ground for the cause and Rothwell limped off with 15 minutes to go after stretching for a loose ball and doing himself a mischief but it was Rovers with the impetus and the goal threat and on 80 minutes they won the game when a couple of missed tackles in midfield and a delicately floated ball to the back post left Harrison with the simple task of poking the ball past the exposed Eastwood to make it 2-1 to the visitors.

Sub. Agon Mehmeti thumped a late effort wide but there was to be no repeat of the late drama of either the Valley or indeed a late win at the Memorial Stadium earlier in the season.

A missed opportunity for United after such a great opening.

Oxford United’s next home game is against Bristol Rovers on Saturday 10th February.

Games between the U’s and the Gas have become terrific occasions over the last few seasons with great atmospheres and both clubs regularly selling out their allocation of tickets for the away end.

Next Saturday’s game will continue that trend, with Rovers selling the last of their 1,800 allocation of away tickets this morning .

We want as many United fans as possible to come along and get behind the U’s and create a fantastic backdrop to the game, but due to the away end selling out we have to ensure that only true Oxford fans are in the home areas and so the game has been made DATABASE ONLY.

We urge fans to book early to avoid any problems on the day. Just visit www.oufctickets.co.uk or call 01865 337533 to book your seat for this game.