Oxford United need one more point when they welcome Rochdale to the Kassam Stadium on Saturday in Sky Bet league 1.

Karl Robinson's side have 53 points and a draw would leave them mathematically assured of League 1 football again next season.

United have the luxury of an empty treatment room this week with everyone fit and available including long term absentee Rob Hall who made a cameo return to the side as a sub at Doncaster last Saturday.

Hall is likely to be on the bench while Curtis Nelson could make a home start for the first time after his achilles injury.

See Karl and Todd Kane previewing the game, along with the Preview Show where we chat to John Mousinho all in iFollow right now. 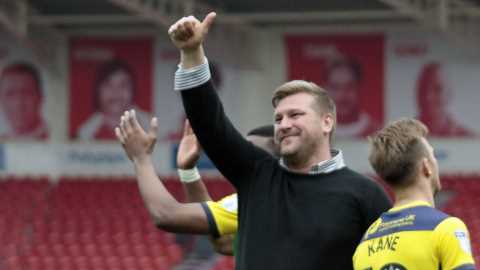 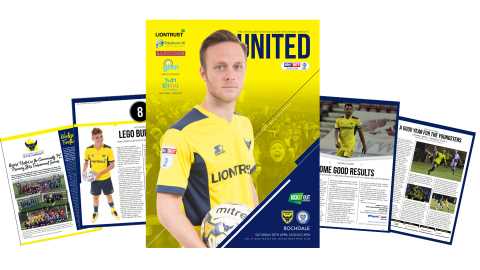 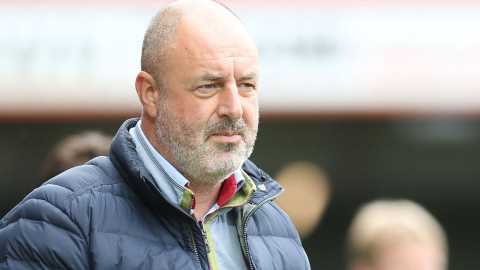 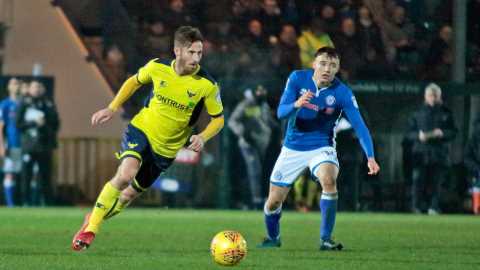 The award winning matchday programme features the thoughts of Tiger and Karl and Curtis Nelson plus a great interview with Ryan Ledson. We also look back at the whole season On the Road and we have news and views from all areas of the club. There is also a chance to find out what our guest of honour Joe Cooke is up to these days.

Remember, you can always read the programme on your phone, tablet or laptop. Each issue is available at matchdayfix.com/oufc/

PLAYER OF THE SEASON

Ther will be two presentations before the game. #OX4Life junior fans have voted for their player of the season and then shortly before kick off the Andrew Knapton Supporters Player of the Season will receieve their award. Our thanks to AWBS for sponsoring the award and the End of Season Awards Dinner on Saturday night.

Up Up and Away

The Oxford Mail have supplied 5,000 yellow balloons which will be available all around the ground to help provide a sea of yellow when the players come out. 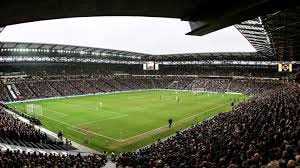 The club shop has an end of season sale now on including away kit. Call in before or after the game or visit oufcshop.co.uk

Oxford United will play League 1 football again next season after John Mousinho and Todd Kane ensured safety wi a brace of penalties against Rochdale this afternoon. After conceding to a Brad Inman goal just before the hour United hit back quickly when skipper Mousinho blasted home a spot kick to ease any last day nonsense and then Kane calmly slotted home a second spot kick to seal a big three points and safety.

Given their predicament at the wrong end of the table Rochdale started very strongly and had the better of the first few minutes without unduly worrying Simon Eastwood or a defence that has started to pick up cleans sheets in recent weeks.

At the other end both strikers, Jon Obika and Wes Thomas, had early strikes held by visiting keeper Josh Lillis before the save of the season came from Eastwood on 24 minutes. Powerful striker Calvin Andrew got above his man at the back post and must have thought he had scored with a thumping header but Eastwood somehow got across to claw the ball over the bar. Not just Oxford’s Save Of The Season. The World’s*

Lillis came close to matching it when the superb Rob Dickie launched an attack, Thomas crossed and Obika stabbed the ball on target only to see his effort come back off the boots of the keeper and both sides had created chances and forced saves despite a scoreless first half.

Dale had looked dangerous and on 59 grabbed what could be a crucial goal for them when a low shot was blocked but on-loan Peterborough man Inman was free in the box to shimmy inside a challenge and plant the ball beyond the stranded Eastwood.

There is still a week before the end credits start rolling on the season but United needed a goal to ease their worries and cometh the hour cometh the Mous. Rothwell made it, wriggling behind the visiting defence and then being bundled over by Dale captain Callum Camps inside the box. Ref Kinseley pointed to the spot and the United skipper stepped up to thunder the ball into the roof of the net for his first goal for the club and perhaps the most important strike of the campaign.

Dale remain in peril and started to throw men forward to try and turn one point into three but United were resilient at the back once again and then Hall took centre stage. On as a sub, first  the winger was scythed down, then he was up and running and once again upended by Camps inside the box. The linesman signalled a foul, the ref pointed to the spot and Kane was able to win the game and end the season on a high for the fantastic fans.

A season full of twists and turns ends next week at Blackburn but it is more about what happens beyond that. The last month of the season has been high on commitment and seen plenty of bright attacking football.

Promising signs and certainly something to build from.